Grigori(g) Rasputin! So here’s another of my previously scribed offerings from back in September 2013 when I was particularly looking forward to several Kickstarter projects that were in the pipeline. I believe of the games I talk about, one, namely Cities of Gold, has now been released. And i don’t own it. Not coz i wouldn’t, mind you! I just have no format it’s released for. Sigh. But cast your mind back to a simpler time in the midst of last summer and imagine all this was (not very) hot off the press! We begin our excellent adventure through time, now…

I thought that today I’d venture a topic that’s at least partially relevant to modern gaming – my top three most looked forward to Kickstarter projects! 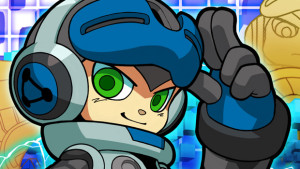 Probably the most hyped I’ve ever been for a crowd funded beauty of a (hopefully) future classic! Keiji Inafune is socking it to those Capcom clowns as they continue to sit their clueless glutei on the character he created for them, not knowing what to do with him. Luckily for us, the Keij’-meister isn’t going to let the concept he created rot like Capcoms rancid reputation. While Infuane may no longer have the rights to the Megaman character or franchise, it’s not going to stop him from creating what is essentially a new chapter in the fabled series! Mighty No.9 is the new Megaman game we’ve all been waiting for, born of the same spirit from the same dude that the inspiration for the Blue Bomber came from in the first place. Already having sailed past all its Kickstarter goals, this bad boy is due to be dropping on PC, 360, and PS3… in 2015. Sigh. Lets hope good thing come to those who wait. I don’t doubt it’ll be hwality though. The Force feels VERY strong with this one! 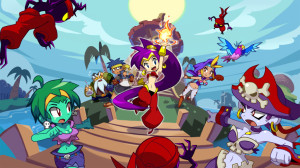 Shantae is a series that’s flown relatively under the radar. Starting out with the (now very rare and expensive) original GB Colour release so late in the handhelds life they actually incorporated GBA exclusive accessible features when running in back-compat, Shantaes second adventure came in form of the awesome SNES-looking DSiWare title, Risky’s Revenge, also now out on iOS if you’re into crappy controls played through a pane of glass. Risky’s Revenge has been heralded as the greatest game on DSiWare, and while that statement may lack in prestige in the context of the overall standard of titles available, the game actually is a beauty of a gem with great gameplay, old school graphics mixed with crisp anime artwork, and a strong soundtrack. If the second game is anything to go by, the gorgeous looking and now fully funded Half Genie Hero should be at the top of many a wish list! Coming on Wii U, PS3, PS4, VITA & VITA TV, Xbox 360, Xbox One and Steam (Windows PC). And just a heads up for any 3DS-fiends; before Half Genie Hero, Shantae will be swinging her hips on the 3DS eShop in Shantae and the Pirate’s Curse this Winter! Woo! 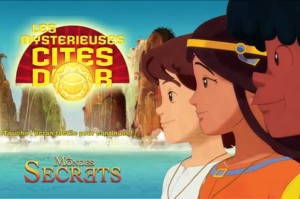 Who doesn’t love themselves a bit of Cities of Gold?! Incredibly, the show which has endured a 30 year hiatus returned in the shape of the French/Belgian second series in 2012 continuing the frolics of Esteban, Mendoza, Zia and co. Us English speakers may have only just gotten our grubby mitts on the English translation, but that doesn’t mean there aren’t other sources we can turn to for hwality bit o’ Gold action!

Ynnis Interactive have been fighting the good fight to bring their new game based off of Cities of Gold titled Secret Paths to the masses with various translational and additional platform goals. The game comes in the guise of a three-controllable-character-puzzle-o-thon that looks very true in style to the shows. And very fine it appears too! Looking forward to getting me some Golden Condor action! If you can fly the mighty beast. Coming on Wii U, PC, 3DS, iPad and iPhone

Well, that’s as much as my beady eye has sourced from the realm of the ‘starter. Other titles worthy of note are the proposed reboots of James Pond, and Mutant League Hockey, the original I only really recall as I perpetually skipped past an advert for it in Mean Machines Sega as I read the Street Fighter 2 preview on the following page for the umpteenth million time. Whether these two have the grunt to pull in the punt(ers), we’ll have to see. Pond was quite the name back in the day, so it’ll be interesting to see what the class of ’14 make of him. Whatever happens to Pond, let’s root for these guys! 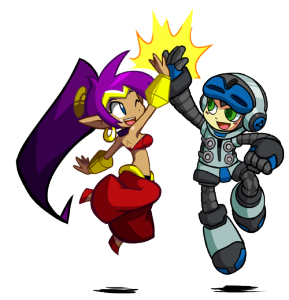