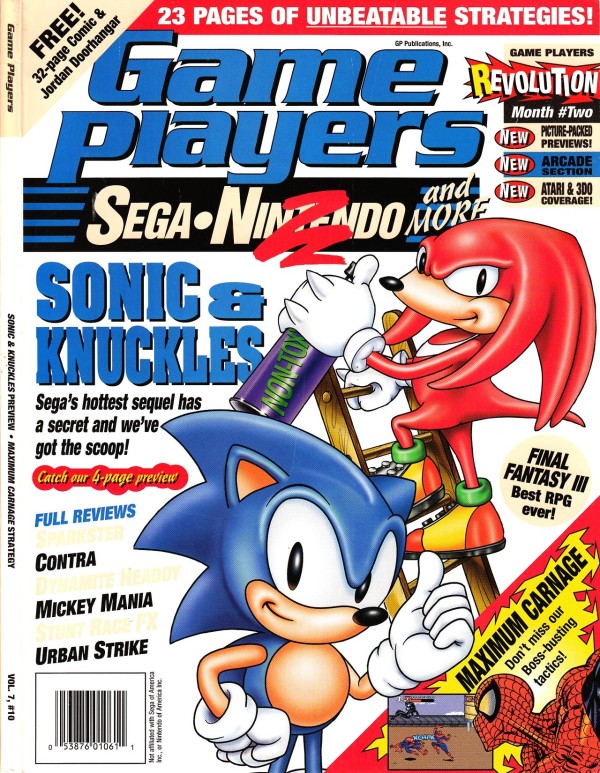 Do you remember ever seeing this sonofa? Some guy’s posting scans from it – and I’d think was just American or something except he’s also posting loads stuff from Mean Machines too. Maybe it’s just my lameass memory again.

Speaking of which (Mean Machines and my lameass memory – would it amaze anyone else that Mean Machines Sega was still going when the Saturn was out? I mean, even as i write that it seems kinda obvious so i’d guess it will to you too – but i just saw one of his scans with a front cover (Judge Dredd) of MMS that has Saturn, 32X and Megadrive in one place. So what’s weird for me is that Saturn and Megadrive stuff was being released at the same time… In my head they’re like totally different eras. The hell?!