Funny how many of these I never saw… 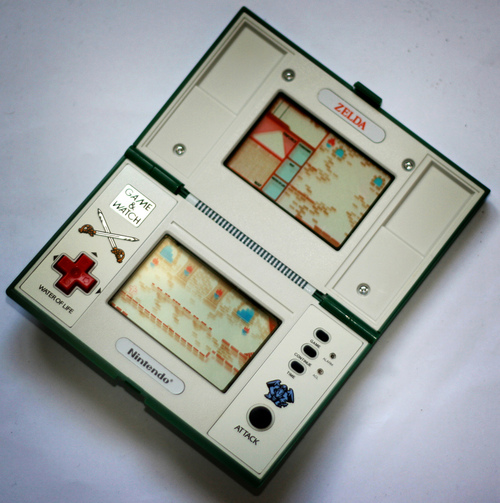 Seems like every year or so, some smart alec posts a pic of a Game & Watch that I never saw. I thought I’d seen em all – but that there was basically only about four. The browny-yellowy Donkey Kong one, which I think I still have somewhere, the Snoopy tennis one, a Donkey Kong Jr. one, which definitely existed as I think I have that too though it might not have been Donkey Kong and just some other monkey, and then that red Mario Bros crate-stacking one that my sister had after she was in hospital that I dropped in a canal that time.

Except, here’s another shmo rocking up with a freakin’ awesome Zelda badboy that I’ve never seen! Though actually, from the screen decals it looks pretty lame. But still, Zelda baby!

Were there others> Is my memory just being lame ass?

This entry was posted in General and tagged game&watch, nintendo, Zelda. Bookmark the permalink.

6 Responses to Funny how many of these I never saw…