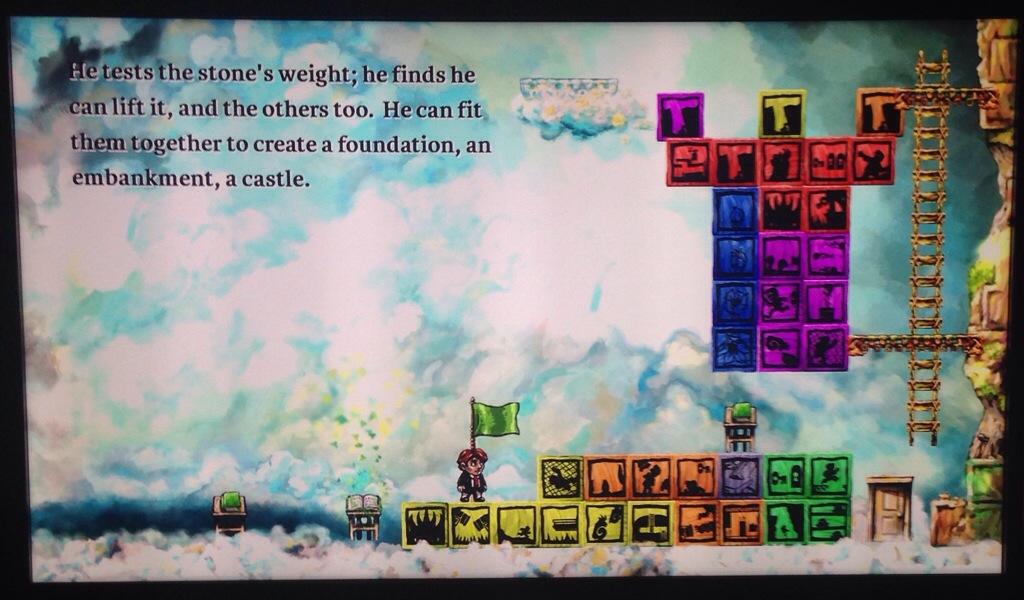 The final two puzzle pieces seemed honestly beyond me last time I picked up a pad to play Jonathan Blow’s indie classic. And happy though I was back then to take my time and often simply to bask in its serenity, listening to the warm melodies and lost in its oiled canvasses for hours to ponder the puzzles, I could never quite find a way through and for months just came away defeated.

Until now! And yes, while it does feel like some kind of closure to bank those 60GP, I still feel a slight loss. I haven’t unravelled the mystery of the game itself – its surreal tones, dark echoes, and glimpsed truth are saying something I can’t quite grasp. Another run through some time? Maybe so.

In the meantime, here’s Andy Samberg high-fiving a leopard – which I think captures both messages in this piece. 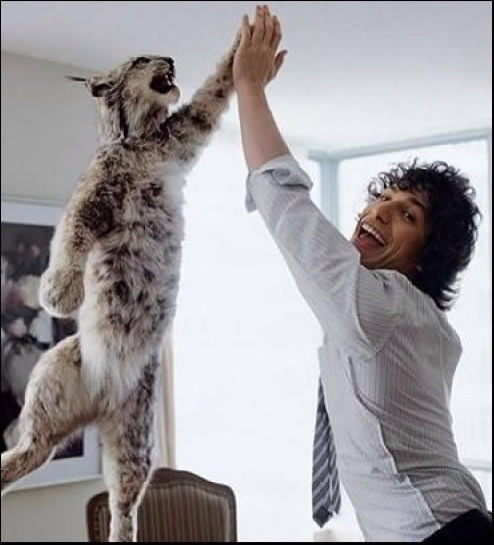 Andy Samberg high-fiving a leopard, yesterday. At least, we think it’s a leopard. It has spots? Anybody want to venture a guess? Answers on a postcard, please.
This entry was posted in bedgell, XBox 360 and tagged andy samberg, braid, jonathan blow, Xbox. Bookmark the permalink.