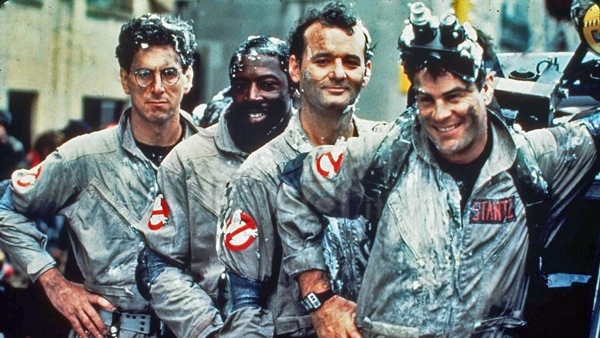 Well, does it get more awesome? Of course, we already knew Ghostbusters was a hotbed of catchphrase creativity. “You’ve… you’ve earned it.” “That’s a big Twinkie” “No, you are being moved off campus.”

You know, all the classics.

But who knew that our busting pals weren’t just making jokes from the language, they were making the language?! That’s right ectoplasm-fans, because remember the phrase “This chick is TOAST”? Well, that sucker – saying someone is toast when they’re about to get the beating – was invented right here, in good old 1984, by Ramis, Ackroyd and Murray. Imagine it – no one had ever suggested someone was toast before Venkman decided to proton pack the heck out of Gozer. And now ALL the kids are telling people they’re toast. Hell, I told 27 people they were toast just yesterday.

Yes, they showed that prehistoric bitch how they do things downtown, and created a whole new proleptic construction in the process. It’s even in the Oxford English Dictionary. And that’s from OXFORD.

This entry was posted in bedgell, Films and tagged ghostbusters, grammar. Bookmark the permalink.