Woah, the Vive is how much! 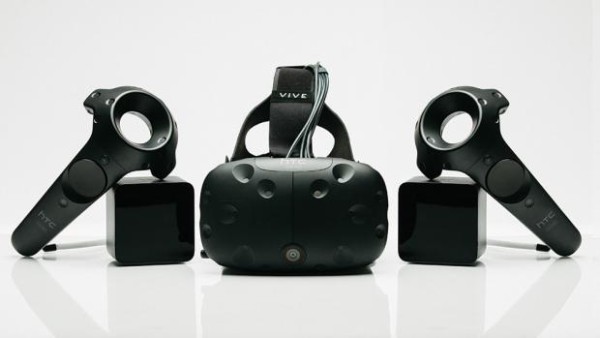 We all know the £499 price point of the Oculus Rift, which seemed insane compared to the development kit that was around £240 including shipping. But the HTC Vive is making the Rift look like a total bargain, especially as yours truly is getting his for free ^^. 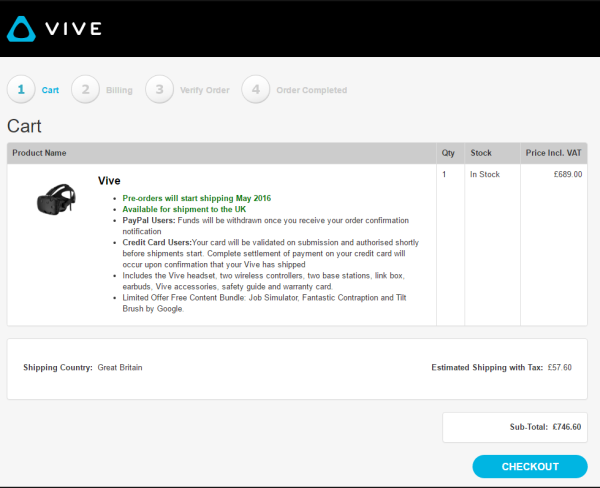 So what is VR and which one should you get?

Virtual Reality headsets are the new console wars, except its hardware for a PC (not entirely accurate), which by the by you need a good PC too, we’re talking modern i5 processor at like 3.3Ghz and a GTX 970 graphics card.

For the most part VR gives you an immersive experience, I mean the field of vision is incredible, and how head movements relate to in game head movements makes this come alive, it’s easy to forget you’re just sitting at your desk when you’re trying to check something out in the virtual world, it’s only when you bang your head you’re like, oh. This is the one thing that the Vive definitely has on top of the Rift, and that is the camera that can overlay part of the real world when obstacles are about to become a problem. Personally I think I’ll tether the Rifty beauts to a longer cable and lye on the couch hehe.

So what games can you get, and where?

Well the HTC Vive is partnered with valve so the Steam store will totally have you covered for games supporting the Vive. And the Oculus Rift has it’s own store too but that doesn’t mean oculus ready games won’t show up on steam, Gabe Newell has said in an email to somebody that he doesn’t have a problem with competition.

As for actual games, the rift has kind of support for things like Alien Isolation which I may start again on PC for the full terrifying effect, but there is also full support in games like EVE: Valkyrie, Edge of Nowhere, The Witness, Elite Dangerous and of course Minecraft which some are touting as the killer game for VR.

The Vive as some games too, nothing major looking at the moment I don’t think.

This entry was posted in Games, lartens, PC, Tech. Bookmark the permalink.

2 Responses to Woah, the Vive is how much!