Note: This is the first of many things I wrote for Grig and never got around to actually publishing. The reviews I’ve done are going to be a pretty random smattering of games, but are just things I somehow ended up investing some time in. This Tomb Raider review I actually did about 6 months ago, except for the end which I did yesterday. Waste not want not! 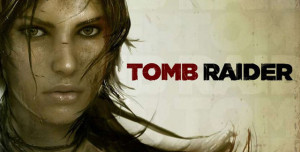 Now I can’t say that I’ve really been keeping up with the recent crop of games on the current gen consoles. I assume there’s some iteration of COD keeping all those 12 year olds well educated in the art of expletives and ways to insult each others mothers. And no doubt by now FIFA is so dripping with micro transactions they’ve got weekly direct debits set up for kids pocket money accounts across the land for this Ultimate Team thing that I hear today’s youth harping on about. Is it really worth me dipping a toe in the pool of woe that is a recent offering of the games industry? Gifted a copy of Tomb Raider for another unwelcome birthday, I put the disc in my Xbox with little in the way of hope…

Pleased and surprised to see that I was not prompted to pay any additional DLC costs to start the game – although I’m sure there’s plenty of ‘extras’ available to me should I so desire – I began my adventure. Now whether I’ve been spending too much time playing games that are at least 15 years old or not I couldn’t say, but I thoroughly enjoyed the tech-fest that followed. A cinematic establishing Lara’s journey to a mysterious island after being ship wrecked in the most dramatic of manners that was so crisp and well made I felt like I was watching a modern action movie. It was a thing of beauty, showing off Lara’s excellent and more realistically proportioned reimagining who I was glad to see no longer had the comedy breasts of years gone by. Not that I have a problem with that, but they did look stupid. Lara is now believable, with emotion in her face that you can read without cringing at the hideous facial design of the early games. I felt like i could connect with her and had an immediate liking for her, helped by the fact she seemed less like the cock-sure egotist of yore and more like a… well, human. Plus, I really like her voice.

As I played, I was drawn in to the world of this mysterious island. The game was riddled with beautiful and well rendered environments giving me a genuine sense that I was there in this creepy world, approaching every corner with trepidation and the mixed feeling of nervousness and excitement about what might be there waiting for me.

The game is just… epic.

And not the overused cliche use of epic, nor is it the eight-year-old-describing-their-school-disco type of epic. I’m talking… properly epic. More along the lines of finding a SIB Megaman Wily Wars at a bootfair for 50p epic. Now THAT, would be epic.

The island has that same mysterious feel and intrigue as Lost before you realised the show was crap and the writers themselves didn’t even know where it was going. The sheer scale, the atmospheric weather, the spectacular cliff top views, the separation from your friends not knowing if they were alive or dead, the mysterious island inhabitants, and a very Lost-esque type of eerie musical score. It all sets the scene perfectly for what is an experience that draws you in, in a way that I haven’t felt about a game in years. And it’s one heck of a ride.

Gameplay wise, things are a far cry from the fiddley shenanigans of the mid-nineties. Lara is slick and handles smoothly and naturally leaving you to move instinctively without being distracted battling with the overly intricate controls of the originals. Whilst some may prefer the more hardcore complexity of the old days, i found the new stream-lined controls emersed me more deeply in the game without being overly Wii-inspired dumbed down.

The sheer amount of different things you encounter constantly has you trying your hand at an all manner of different gameplay scenarios. From being washed away down rivers, gliding between treetops on a parachute, and scaling exploding buildings and leaping to helicopters, this is a Tomb Raider more dramatic and set-piece loaded than you’ve ever seen. And while some games may take the game out of your hands completely for every cut scene, Tomb Raider tries to keep you in the game as best as possible as these controllable cut scenes flip between gameplay sections with relatively seamless ease ensuring you’re always part of the action.

While done brilliantly, there is without question the odd fleeting issue. The aforementioned cut scenes do, on occasion, resort to the Shenmue-esque QTE sections, but with a very cruel response time that is irritatingly short meaning replaying sections a lot. This is all the more agitating when you are watching a scene unfold and are then prompted to interact with it without much prior warning. It just needs to be a touch longer. Or I need a TV with less HD rendering lag. Blaming my tools!

The camera is mostly brilliant and as close to perfect as many games of this type, following the action well and keeping a clear fix on the important things, but alas, I’d be lying if I said a rogue angle hadn’t caused me to die in close combat situations on at least a couple of occasions. The other jarring problem I found was that in the darker areas of the game, it was just so darn dark that I was getting mild discomfort in my head. Playing on a clear sunny day is near impossible, and I regularly had to turn off all lights and close the curtains just to try and get a sense of what was being displayed. Good job we live in England and pleasant weather is an occurrence thats few and far between.

One of the most notable things to be picked at, is the fact there’s not really much in the way of tomb raiding. Personally this didn’t bother me as the story is the tale of how Lara becomes the tomb raider, but the developers have acknowledged some raidin’ is needed on her way and have gone some way to address this by including numerous hidden crypt challenges, all of which contain some type of puzzle at the end of which you are rewarded with a treasure. It’s a long way off of the genius level designs of the first few Tomb Raider games, or the more recent Anniversary game which took heavily from the early titles, as the puzzles are neither particularly in depth or taxing and most of them feel a little like they’re over before you’ve really begun. That being said, it’s a nice distraction from the main beaten track through the story, and you can never turn down a quality bit of upgrading XP which these crypts handsomely contribute to should you feel like bothering to play them.

All in all, Tomb Raider is a thoroughly enjoyable romp and an intriguing glimpse in to Lara’s pre-annoying character that explains how she became the adventurer the world knows her as. Anyone with a next gen beast might wanna check out the definative edition of the game coming soon. Lovely hair a la PC has already been touted. Now if they can only keep the Croft arrogance in check for the confirmed sequel, the future could be very rosy indeed.

Glorious. Breathtaking views and intricate details immerse you in the world of Tomb Raider as the developers squeeze the final drops of horse power out of the 360 and PS3. Not a bad frame rate, all things considered.

Takes its cues from Uncharted well and then ventures in its own directions to give the game a slick new feel. The bow and arrow is a particularly satisfying and fun addition, while the multiple variants on basic adventuring along the way are all well implemented and fun.

A great rebirth for the Tomb Raider franchise and one of my favourite games of recent years. If this game were a pair of shoes, they’d be Nike Air Max… in the nineties when they were cool and not worn by chavs. And by that, I mean good.