Talk about a Mega Jet

Howdy doody Grig McTrudy! Whatever the grig that means… Here’s one you’re gonna like. For we venture forth this fine day to reflect on a topic of great interplanetary importance that through this sick world in which we live has taken on a niche insignificance. Well no more my Grigglings! For I can no longer stand by idle as this matter goes unheeded by the greater masses! What is this matter of such unbridled importance? I’ll tell you!

Jet from Gladiators as the Games Mistress. Yes that’s right. 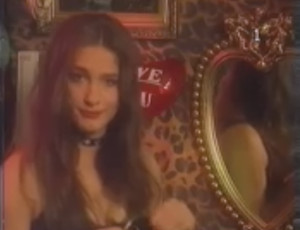 Now, back in the early 90’s as TV executives prodded at this growing gaming occurrence with interest wondering what they could wring out of it in the televisual realms of glory, a few shows cropped up with the latest gaming news and challenges. The predominant heavy hitter that was Games Master was a decent crack of the whip and often roped in respected EMAP reviewers such as Jaz Rignal and Rich Leadbetter to cast their eyes over the newest titles and educate the great unwashed with brief reviews, before Games Master then sullied their good work by getting the likes of Future Publishing ‘personality’ Dave Perry to provide commentary for their competitive challenges. It was alright, and was (and sadly potentially still is) the best gaming show around.

By contrast, CITV’s Bad Influence was a complete shambling mockery of a program hosted by Violet Berlin who at times nearly verged on knowing what she was talking about, and Andy Crane who often feigned playing a game by picking up a pad and writhing in some excitable frenzy while haplessly tapping away at any and all buttons in such an unconvincing manner that even young children of the day could see through his video gaming cluelessness. Although terrible, it did have sparks of rare worth coming in the odd snippet of fleeting accidental coverage of something interesting like footage of Flashback or Sega Rally.

But I digress. For while we were enjoying the likes of Patrick Moore masquerading as a cybernetic resource centre for video game cheats, over on Sky’s Games World, we were missing out on something a grig of a lot more intriguing.

Diane Youdale, real name Jet from Gladiators, was the talk of every young fellow of the day while we watched in amazement as her spandex-clad likes squeezed the life from her foes while hanging from hoops on a Saturday night in her Gladiatorial combat colosseum, or Wembley Arena for you common folk. Not stopping in her captivation of the nation, Jet then saw fit to turn her hand to the realm of gamery, just in case any bedroom dwelling youngster had managed to avoid her Saturday night heroics. Thus, whether cast upon a sofa, or taking a dip in the pool, the ‘Games Mistress’ was ever on hand to recite the latest tips and cheats. Basically, she was the female equivalent of Moores Games Master character, and designed to appeal to every teenager in the land. It’s a very simple equation that the makers of their respective shows realised: Moores male character is obviously going to be a cool robot with impressive circuitry and futuristic tech filling the screen, while Jets female character, is just as obviously going to be a game-playing hottie, thus giving false hope to every young male in the land that Jet would care about their latest high score. Talk about knowing your target audience! 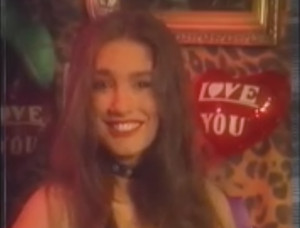 The thing that we want to know is, can Jet still tell us the level construction kit cheat from Sonic? And more importantly, would she be willing to make a stunning return to the fold as our resident cheat specialist here in Grig Towers? The pay sucks, pension is terrible, and the lavatorial facilities substandard at best. But hey, at least the job would be easy these days. Want to know how to unlock all your favourite characters in the latest beat ’em up? How to get every car in the newest driving simulator?  How to do pretty much anything in games these days that once upon a time would have been accessible via the medium of investing time to acquire skill by playing the game to access the extra content as a reward? Simple. In 2014, it’s called DLC and you pay for it!

This entry was posted in Dibbs Ahoy, General. Bookmark the permalink.

4 Responses to Talk about a Mega Jet