Origami makers! Took a different approach there on that one. Always thinking outside the box. What’s the haps?! Well you probably all saw these pics already, but this is Grig Orig, and we need posts dang it!

So the ol’ Yooz-meister general, and by that I mean Yuzo Koshiro, has tweeted out a few li’l beauties of unseen Streets of Rage artwork from the proposed fourth instalment on the Dreamcast that never was. And judging from these tech demos that leaked many years ago, that’s probably a good thing as they look ploop.

Yeah, I know it’s a tech demo, but this really doesn’t look too promising.

But these bits of artwork are new, never seen before snippets of Raging-nuggetry that must be perused. 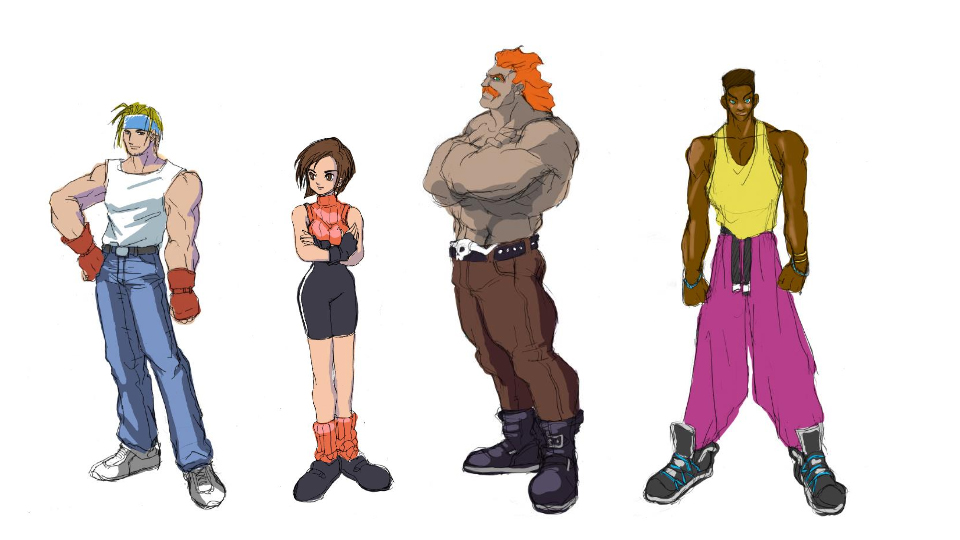 First thing to notice is that these dudes are not the original cast that we all know and love. The guy who looks just like Axel is apparently Axels son and is named Burn, perhaps insinuating that his mother could be Blaze due to the fire-based-naming-tomgriggery of the whole matter. Didn’t see any other obsequious purveyors of ploop picking up on THAT one! Call me Columbo. But yeah, it would seem that, based off my watertight theory, Axel and Blaze have been making li’l Ragers. I always wondered what went down after the screen faded to black at the end of each stage down those darkly lit back alleys. Not all just eating turkey’s out of bins it would seem… WOOF!

Anyway, next up is the female protagonist of the group, Erie. She ain’t much of a Blaze as she is not fit at all, doesn’t look anything like my old Science teacher Miss Gatehouse, and has a fully clad clothing get up that doesn’t give any scope for some of the up-skirt shenanigans that kept us glued to the game as teenagers. But we’d have probably at least had mercy enough to hear her out for her shame. She might wanna stop off at Clarks though on her way to apply a hearty dose of ayne whooping at Mr.X’s building to get her feet remeasured, if only just to check, coz those massive boots look like they should have a certain moustachioed plumber sitting in them from Mario 3. Just to be clear, I’m talking about that massive clumpy boot thing you can get in. And that ain’t a compliment. 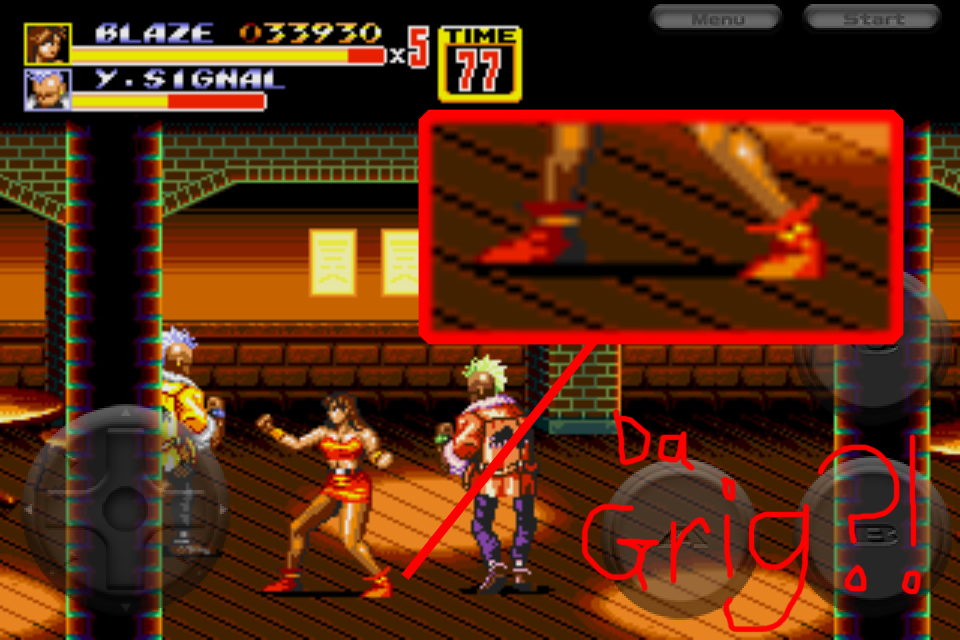 On the subject of Streets of Rage girls foot ware, here’s one that always troubled me – Blazes shoes in SoR2. I mean, what kind of shoes are they? They look more like babies booties or something. Always boggled my buh that did. Thoughts?

The other two dudes we have no idea about. Clearly these are the Max and Skate/Adam equivalents, but no names have we heard at this point, although the Fresh Prince should surely be on the table for the last dude coz that isn’t even a close likeness – that IS him. The big dude, we’ll just call Shamus. Second names, er… The Painus In The Anus. No, I don’t know why either. 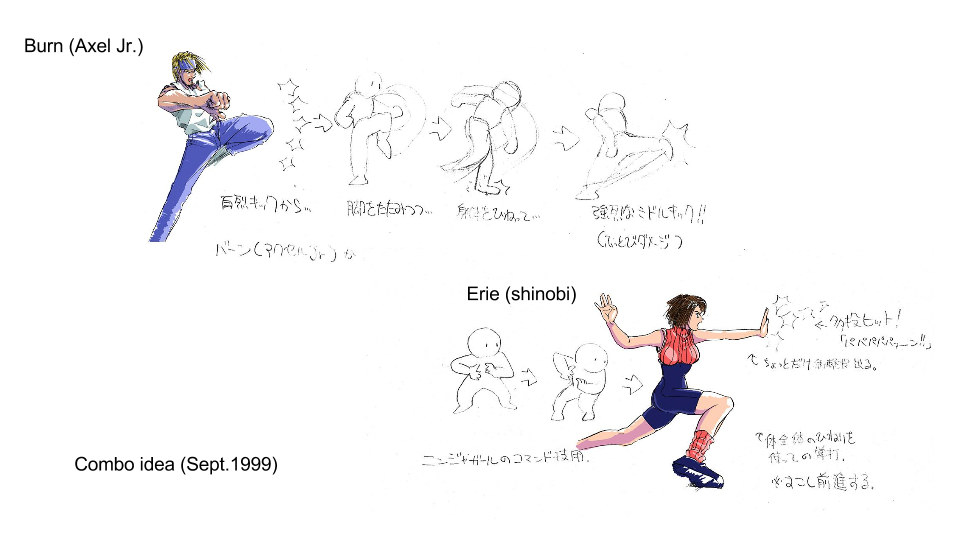 Moves ahoy! I don’t think I say ‘ahoy’ enough these days. I really need to up my usage of that word, especially since we have such a nautical theme going on here at Grig (except we don’t – ah, another classic.)

And so ends our epic coverage of two pictures. Just imagine if they’d actually released something of any significant content, we’d be here all year. Or is more likely, I’d write a bunch of excessive buh in the upper echelons of unacceptable word counts, store it in my phone for three years tweaking it every now and then with current references to make it seem more relevant, and then ploop it all over the Grig front page as a last gasp hurrah to prevent a missed month in Griggish archive history somewhen down the line. We really should do a Grig ‘making of’ sometime to enlighten our dear Greaders about the workings of this well oiled machine. Yeah, don’t worry, we know the truth really. We have more low bars than a grigging Ewok’s play park, what can I say?