Uh oh. It’s getting dangerously late in the day for this months post and I can’t detect a sniff of movement anywhere. Don’t worry my Grig-mongers. I got this.

Well, it’s been a good few weeks since probably the most memorable E3 that has ever been, and I needed this long to even slightly digest what happened there. 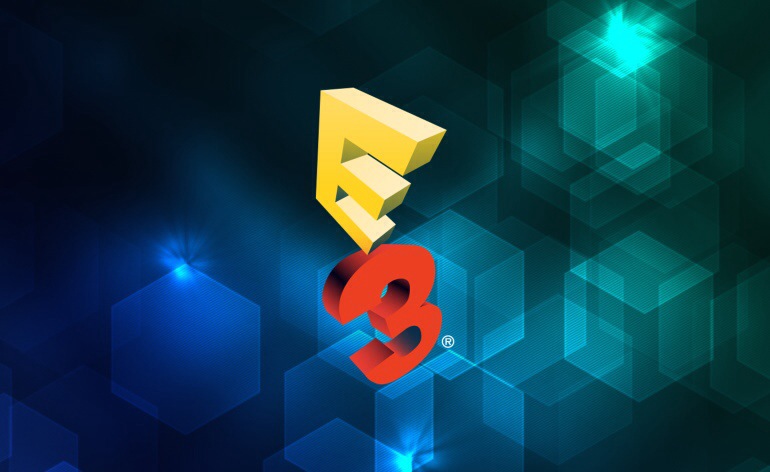 It all started out much as you’d expect.

Microsoft brought out all their big guns to try and continue the battle to drag gamers back to Xbox after the most disastrous console unveiling of all time 2 years ago for which it’s still suffering, and in many ways, they did that. All the usual boxes were ticked with Halo, Gears of War, Forza and so on, plus the interesting treat in the Minecraft/Hololens demo which looked very good and generated the kind of intrigue reminiscent of their original Kinect demo with Peter Moleneux seemingly interacting in real time with the virtual kid, Milo. In many ways, this recent offering echoed that same conference, and it was no bad thing as that was one of Microsofts finest showings, even though Kinect turned out to be one big pile of buh.

But the lineup could have easily been the exact same games as they could have revealed 10 years ago, albeit with reduced numbers after each title. It was a predictable showing, yet a solid showing, and a much needed showing, tapping into the familiarity of yore to try and make the excessive number of PS4 defectors look back over their shoulders. If only for a brief moment.

I could never imagine again such a lineup of games shaking the foundations of gamesville as much as those three have ever again. Particularly the last two. In many ways, the unexpected announcements from the Sony show could likewise have been a games lineup we could have had 10 years ago. Indeed, it was probably about that long ago that they first showed off Last Guardian. But this was different. These were the games everyone wanted, that we’ve pestered the makers endlessly for, and that ultimately, we thought that we were never going to get. Like, ever. It was a real testament to what was going on when grown men in the audience could visibly be seen weeping at the reality of Final Fantasy VII Remake materialising, and then following that with Yu Suzuki taking to the stage to take the lid off of Shenmue 3.

Plus, there’s this. You’ve probably seen this video a bunch of times, but this is a real moment-catcher…

For me, it was the most bizarre of moments when I woke up and hazily picked up my phone to check what had gone on in the night at the Sony conference, and I had a reaction that I’d never experienced before after the show. E3 was always about the hype, the KABLOOM of the next most awesome games, and the laughing and picking at the stupid things that some idiot had inadvertently given us all something to cringe and chortle at. But there was no Cammy Dunaway, no ‘massive damage’, no Don Mattick, and not even a hint of ‘Riiiiiiiiiiiidge Raceeeeeeeeeeer!’ this time.

No sir. This was on too big a scale for the usual tomgriggery of years gone by.

For me, there was a bizarre calmness. Almost as if the hype needle had shot off the scale and I didn’t quite know what to do with myself other than sit still in silence. I even put my phone down to try and comprehend what I had seen, leaving it there for a good period of time as I tried to sift through the information in my head. It’s weird, and I sometimes get like that. I’ve had it when I’ve discovered a particularly amazing retro games shop for the first time and I’ve had to leave after only a few minutes and go for a walk down the street to try and take in the overload of data before I can go back and try and make sense of things.

Things became even more tricky when Lucy tried communicating with me, getting frustrated at how distanced I seemed as she speculated about who was doing what in our usual morning routine. I believe I only managed to utter something about how they were making a Final Fantasy VII remake in response, knowing full well that she would neither know or care what the grig I was talking about, and would still not understand how a games announcement could send me into some kind of weird trance even if she did.

But I couldn’t help it. And I will surely never forget this E3. And that’s saying something when I literally couldn’t have given a skiddy rats ayne about the prospect of this show beforehand, only really feeling inclined to check out what was happening out of pure tradition before I feel increasingly distressed at the way it’s all going. Indeed, if EA and the usual suspects had had their way, it probably would have been just that, especially when the EA representative went on to say ‘Ok guys, it’s time to talk about mobile.’

It is never time to talk about mobile.

Even though they will continue to do so and will get their way eventually.

And while these games will likely not cause a stir amongst the youth of today who are more interested in Generic Future Army Shooter Man Who Swears A Lot With EXCLUSIVE Excessive Removed Content You Can Buy Back As DLC Oh And Don’t Forget To Pick Up Your Season Passes That Cost As Much As The Actual Game Spring/Summer 2015 Edition, or something… for the older dudes, this shizzle is big time.

But only time will tell if these games turn out to be as awesome as they should be. Each of the games heritages should ensure they are, but you never know what can happen. The stench of modern day gamery will surely hang over them in some capacity, be it microtransaction materia in Final Fantasy, pay-to-win ability scrolls in Shenmue 3, or coughing up dabloons to have Yorda tag along in Last Guardian or something, there will surely be some kind of buh at play at some point. It’s not really going to be whether these games have that stuff in them, but whether or not they will still be what we had all hoped they’d be despite those things. But if they can only sidestep that turd just enough to ensure a genuine experience representative of the dreams that everyone has for them, then we could be onto a winner.

We await further details with foolish optimism. But till then, I’ll bid you a good morrow my medieval perveyors of ploop! And by that, I mean bye.