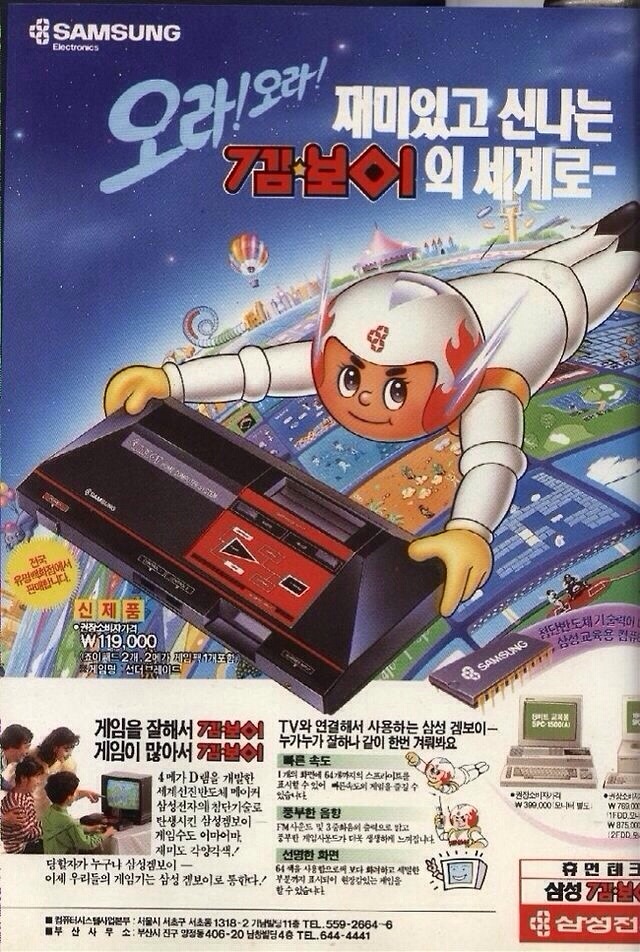 So the very first thing to say about this article is that I’ve totally lifted it from here. I would have totally stayed schtum about it too except MAN, this guy has done some research – simply ripping the text from there and pasting it here just won’t cut it because he’s got MAD amounts of images and CRAZY amounts of text. So kudos – and go there for the full deelie…

Anyway, why are we here?!

Well, to talk about the Super Gam Boy of course! This might be old hat to you super geeks but the other week I went and stumbled across this poster on Tumblr and was like “what the buh?” That ain’t a Sega console! There’s a freakin’ SAMSUNG logo on this advert. What in the frickin BUH?!?

And lo, I was right to be surprised. See, after the Second World War, Korea banned Japanese cultural imports of all kinds – books, films, and of course, games. But being the international mega company that it is (bah. Irony), Sega wouldn’t be undone by such simple tricks as a ban! Hell, next you’ll be thinking its inability to market its consoles might lead them not to sell well.

Anyway, not this time, Korea! Because Sega simply teamed up with a properly Korean company – Samsung – to release consoles under their more acceptable branding… And behold, a raft of machines and games with all different logos and names – including the wonderfully named Super Aladdin Boy! (Apparently some kind of Megadrive…) And the Gam Boy – basically the Master System… 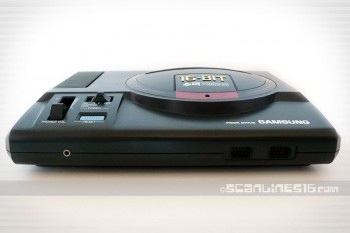 This isn’t the Super Aladdin Boy – but just the plain old Super Gam Boy. But look at the Samsung logo on the top! Whoop! You’ll find plenty of pictures of the slightly camply named version over at this kiddy’s website.

Perhaps most exciting of all, the Korean versions apparently had English ROMs and text (makes sense given the Japanese ban) so they’d be totally playable by us plebs. If we had a Korean system. And could find any of the games. Which we probably couldn’t. Ooh! And the pads are weird too – look! (Though these are Master System ones eh?) 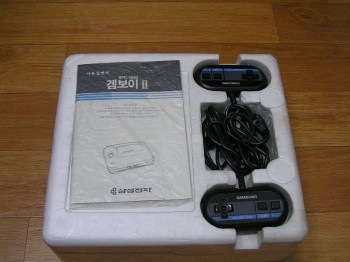