Here’s a weird curve in the world of technology: the disbelief to dull pathway.

See, only a week ago, I saw a gif on Tumblr where some dude seemed to be drawing into thin air with just a plain old pen. (And in the interests of pure journalism, I’ve even switched to the laptop instead of iPhone so could upload the very animated gif that i did see. iPhone turns everything to jpg for some reason?! anyhoo… Hopefully it’s now animating a treat above?) And I was like, woah?! That dude’s got nothing on our skills down Piss Alley – I could write my name with the stream! Though don’t cross the streams – it would be BAD.

Hah – no. I didn’t think that at all. Mainly because that would involve memories of Wayne having his nob out in public. Nope, I REALLY thought – woah! that is amazing – but looks fake.

Which is the hallmark of any great new technology, right? You want to be genuinely amazed they could do it. The bullet train, hoverboards, the Saturn version of Daytona. (Haha, oh how I jest…) But always if it’s truly a breakthrough you’re slightly disbelieving when you first see it. Just as I was with normal 3D printing. Or Goober’s robot buddy. (Disbelieving he hadn’t trained it to flip the bird yet that is. HAHAHA I JOKE!)

And then you might google it (as i did) or write on GRiG about it (as i thought about doing) or listen up when it’s in the news and gradually you realise it’s real, and part of life, and disbelief becomes delight. Woohoo! I can totally ride my hoverboard behind a jeep on the way to the bullet train to Future School! And I think they have a bin there so I can ditch this copy of Daytona I’m for some reason carrying in my rucksack. Ashasha.

But pretty quickly, that flash of excitement spreads into a thin layer of more general amazement about how clever the world is, packed on top of a mille feuille of wonderment about the crazy life we lead. Which is still good – it’s normalising, but still you’re glad it’s around. And you move on to thinking of it as part of your life – you maybe think about buying it (or if you’re Numbnuts, you’ve already bought it on Kickstarter a year ago and probably forgotten about it by now), and somewhere it seems not just obvious that it’s been invented, but obvious it belongs in everyday life.

And then somewhere it becomes just another thing. The iPhone. Scud Race. Lolo Ferrari’s boobs. You might slightly remember that it was exciting once, but if you tell your kids about it you’ll sound like some old codger raving about the telephone at the 1904 Worlds Fair. I mean, I still think Scud Race looks pretty tasty, but even a badly programme iOS app wipes the floor with its Model 3 cheekiness, and by the time Grace is old enough to appreciate its curvy delights she’ll probably be racing 5D super-cars on an international Oculus-linked megasystem. 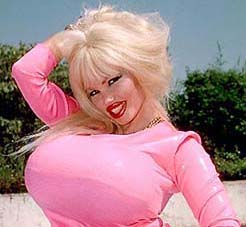 This is the tamest picture of Lolo Ferrari I could find. It is not something to search for at work.

Once something becomes just another thing, in a world of other things, it ain’t long before it’s dull. I mean, not boring necessarily. Dull, like a blunt knife. Dull, like the thud of a Saturn Daytona disc hitting the bottom of a plastic bin. Dull, in a way it can no longer scythe through the aching neurons of the cerebral cortex in a blaze of glory. And here we are with the Lix pen: meh.

From only a week ago being incredulous that YOU COULD WRITE IN THE AIR WITH A PEN?! I’m now totally like “I can’t even really draw.” And that dude making a little triangle thing with it? God, that actually is about as exciting a thing as I’d make. Plus, you have to plug it in while you use it. And I bet the plastic ink stuff costs a fortune. And really, is it much better than Play Doh? Because I can put that stuff in a special mangler and make this crazy, frizzy spaghetti. I mean… AWESOME!

Two things do save the Lix pen. One, you can actually get one on Kickstarter for only £82. That doesn’t seem ridiculous for a trinket. (Early bird price was only £40-something quid. I actually would have done that, just to drop crappy triangles on my desk…) And two, I realise that you could totally draw 3D boobs with it. In thin air! Imagine going back to Medieval times with that! You’d be burned as a witch! AMAZING!

Anyway, if £82 is burning a hole in your pocket, you can see more here. 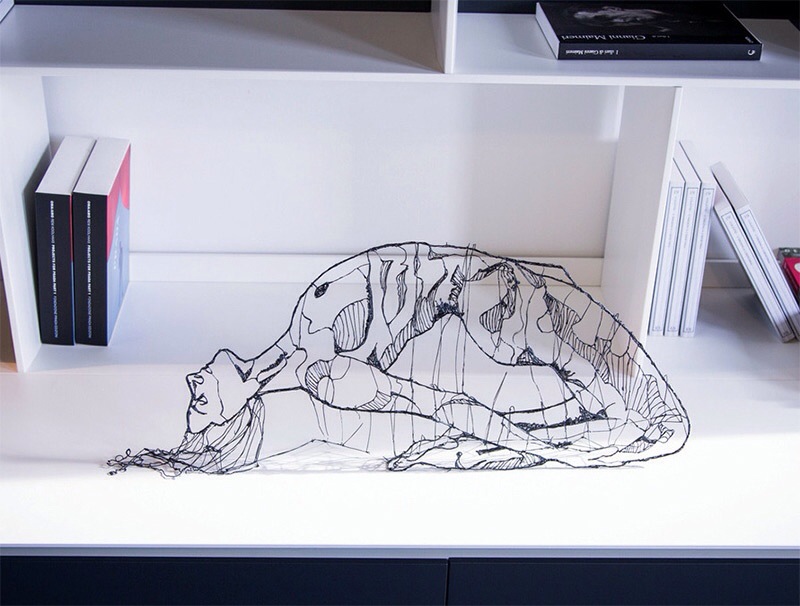 2 Responses to Bunch of Ass-Lixers