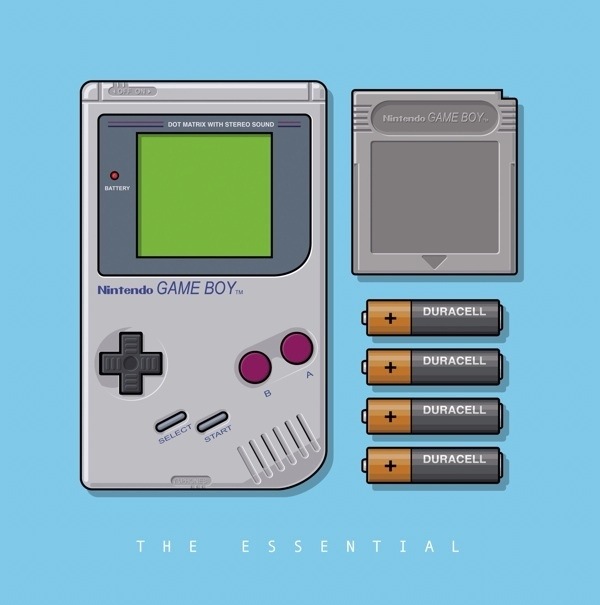 Because yes, all my grigging takes place from the work toilet cubicles – and my recent absence owes much to the lack of a wifi password for the work network. Sadly, 3G doesn’t reach the men’s bogs.

The only other distraction has been Angry Birds. I know, I know – lame. But iOS is not world class for games; and those that are here don’t lend readily to 7.6 minutes stints (my average stay). The exception being Monument Valley – review pending! – which is ace, and quite quick.

The other love of my toilet life being tumblr. Where, weirdly, I spend my time looking at pictures like the one above of a game boy instead of playing actual games. It’s kind of my current phase of life – I like the idea of games more than the reality. Though that has more to do with time than preference, there is one other good reason for it – fan art is the distillation of the best of our memories. There are very few DeviantArt pages devoted to the Game Boy conversion of RoboCop. Or the SNES version of Jurassic Park. Because they were lame. So a tumblr feed? Like pure memory opium.

Anyway, my ablutions are over. Now to wipe and dash. Happy days my fellow grigs!

3 Responses to Hello from Trap 3