You know what’s crap? Using a public urinal and looking down only to discover the string ties for your joggers draped haphazardly in the bowl soaking up several dozen other men’s urine.

You know what else is crap? Yuji Naka doesn’t make Sonic and NiGHTS games anymore.

But pray tell, what is Heir Naka currently crafting in his lair of gaming genius these days over at his new company, Prope? Surely some kind of awesome and original character-based action adventure masterpiece that redefines gaming as we know it, right?

Well, it’s certainly something special…Real Whales is an iOS and Android based romp across the Welsh countryside, teaming up with a band of locals with a comedy inflatable sheep… oh wait. Wrong Whales. Let’s start again. 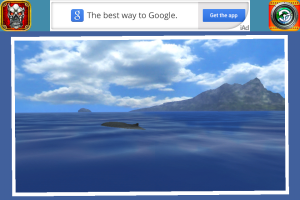 An all action shot of Yuji’s new game which I downloaded. Apparently that dark smear is a whale. I liked the ads at the top as I didn’t buy it.

Real Whales is an iOS and Android based Whale/Dolphin photography game where you board a boat to get some high quality snaps of the sea dwelling creatures, before later enjoying your handy work by reliving these special moments in the games photo album viewer… seriously. 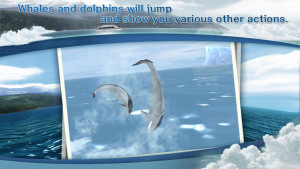 Here is a shot I Griggled to give you the full experience. These are Dolphins. Even though the game’s called Real Whales. Note the lack of marine discrimination.

Can’t really see that one catching on with the games playing youth of today to be honest. Well, unless there’s some kind of harpoon mode, or perhaps some option to hurl grenades down the Whales blow holes perhaps. Gotta cater to that COD/young kid (which as I understand it, is actually the same target audience) crowd. Still, it does have a five star rating on the App Store. Respect. 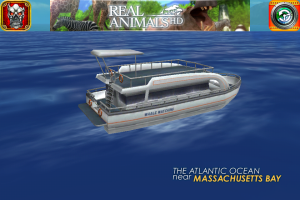 Your boat. It’s a bit like the good ship Grig Orig. Except we usually have bikini clad super models swabbing the decks and a full arcade mounted in the roof area.

Anyway, that’s enough of that buh. Anyone remember the other new IP that Yuji was working on, that sort of spiritual looking successor to NiGHTS, Rodea the Sky Soldier? What ever happened to that? That was looking real good. 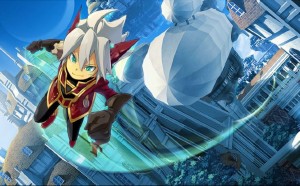 A brief Griggle search revealed that the Wii game was actually finished in 2011… and then was just never released. Buh. Why the Grig not?

Apparently the publisher has failed to give a reason, but they have assured us that the 3DS version is 70% finished and looking to hit its release nicely, which is great… I don’t have a 3DS. I have a Wii. Double buh. 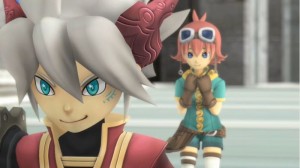 Rodea. Treating ’em mean and keeping them keen. Or something.

But all is not lost my dear Grig-mongers, as the game is allegedly moving from Wii, to Wii U. I’m guessing the move is not for the purpose of tapping into a larger potential install base. Still, I guess that it will be cool seeing the game in HD on more recent hardware.

Except I don’t have a Wii U either. Triple buh.