And Speaking of RPG’s… 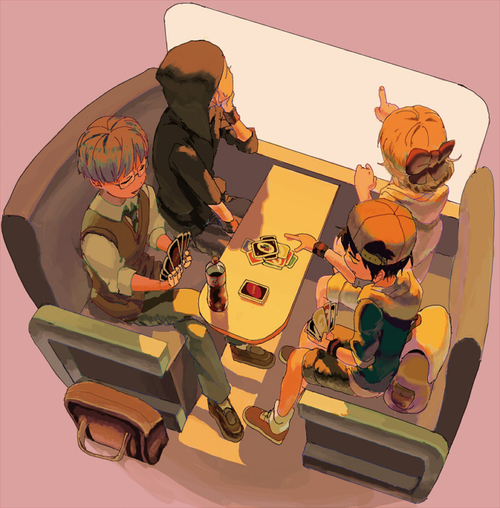 Ever heard of Mother 3 / Earthbound 2? Normally when some rare title comes rumbling down the Tumblr highway, I’ve at least heard of it. But this sucker – featured so neatly in this marvellous artwork – has a true following, the same kind of rare-but-known mystique that Grigchops was muntering about with Panzer Dragoon Saga (it has a Wiki. Generally a sign of fandom. And Cosplayers! It’s truly big) but I’VE NEVER HEARD OF IT!

I watched this cheeky video (embedded below – but diki, you’ll have to remind me what we do about the params in the YouTube code cos i’m grigged if i remember…) and boy it has some good music. At least in the opening few minutes anyway. For me, the music is the heart and soul of the RPG, so it seems kind of tasty.

But – beyond that, hard to say. SNES Zelda, old-school Final Fantasy – somewhere in that region it seems. I can’t really say as it’s in Japanese… so who knows. But I like the fan art above and also this poem – which you can find the rest of on Nintendo’s site where, it appears, they asked the developer for his memories of the games and he rattled this sucker off. Nice.

What is the video game, Earthbound?
Even today, it’s so hard to answer that question.

It was like a group of children taking dolls from a toy chest.
Old dishes no longer used in the kitchen.
Nuts and bolts found inside a toolbox.
Little flowers and leaves from the backyard.
And they were all laid down on the carpet with everybody singing made-up songs.
Ready to talk all day about that world they just made.
That, I think was how Earthbound was made.

This entry was posted in bedgell, RPG and tagged earthbound, mother 3. Bookmark the permalink.

6 Responses to And Speaking of RPG’s…