Whilest many may put an element of the demise of the Dreamcast down to the lack of support from EA thus starving the machine of several (wrongly) revered franchises, I look at things differently.

Dreamcast is a machine that doesn’t have one EA game. How can you get better than that? 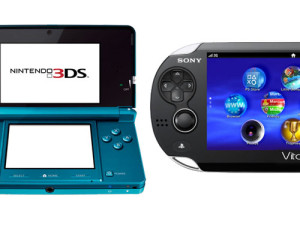 In much the same way, it looks as though 3DS and Vita are going to become a li’l shy when it comes to EA’s buh-ware as they take their shovels and umpteen sacks of their finest manure over to the glistening lights of phone/tablet town to soak its streets in a diarrhitic ocean of their trademark excrement.

For indeed, in a recent interview with Gamesindustry International, Peter Moore, EA slave, decreed from his shackles the following:

‘We were supportive of both of those platforms (3DS/Vita), but then you’ve got finite resources and you’ve got teams that say, ‘We really think that two or three years from now, these are the platforms that people are going to be consuming games on.’ And you look at the quality of what you can do on phones and tablets… Sometimes strategy is not about what you do but what you don’t do, and you have to make some hard calls when you’ve got only so many people. To my point, we’ve got to be planning for FY 17 and 18. Do you think the Vita and 3DS are going to be around in some shape or fashion by then on a scale level?’

Them hills being the phone and tablet markets, by the by.

Well, EA certainly tapped the ‘quality of what you can do on phones and tablets’ in their most recent microtransaction rip-off fest, Dungeon Keeper – a game so panned for its low down dirty milking schemery that EA actually attempted to distance themselves from it… while leaving it unchanged on the iOS and Android stores of course.

And thus the list of offences grow, and while many see the bowing out of EA as a negative that increasingly is spelling the demise of gaming devices as we’ve known and loved them for many many years, at least in 2020 you won’t have to trawl hopefully through the gazillion unwanted titles lining charity shop shelves looking for the one good game lost in a sea of FIFA’s or one of their other annual sporting spewings.

Me? I fully plan on downgrading to my old Nokia and looking into investing in a 3DS and Vita now the coast is clear.