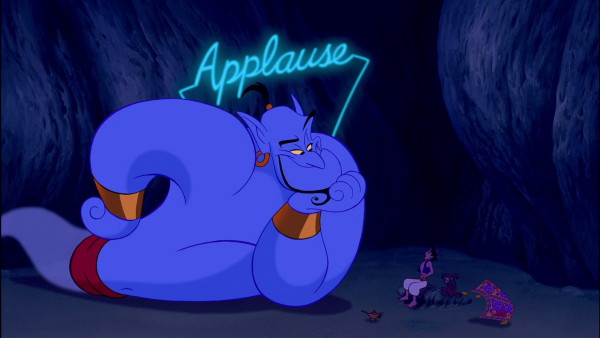 Woah, so it’s 15 years since I left university?! WOAH!! It’s 20 years since Pokemon!! WOAH, it’s 476 millennia since I posted part one of the Grand Revotunion! And all through March I was like “nah, I’ll wait til April and use this sucker then” and whaddya know, that whole freakin’ month went by and no postage. So thank the Dibloons for Lartens whose tech-bantz saved our perfect run…

But fret not. For here we are, gentlemen, at the official unveiling pf Part 2. Which would be exciting except I am, of course, effectively just going to re-post comments that you two have not only read but have, in fact, written. But to dwell on such things would be madness incarnate so let’s crack most swiftly on!

Yes, there’s nothing that a high-pressured journalist with a deadline likes more than picking a track from Sonic CD. It’s one of those quick wins you know? Those ‘speed tasks’. The ones that ‘write themselves’. I am, of course, joshing with you as it’s a freakin’ nightmare. Jap version? US version? Past, present, and future versions?! Mega CD, Sega PC, Xbox re-release, 20th anniversary remix, fan-dub… Holy b’griggers. Still, if you want an example of when developers gave a flying hoot about their music, picking a game with six versions of every level is a good option, no?

Oh yes, we’re mixing it up. Choice from Dibbs right up there with a choice from Lartens just down here? It’s all happening! And as if that weren’t enough, I’ve freakin’ McGroove’d up the joint with this little number. Hey, I’ve got to add some value right? Check out his high speed acapella action at the one minute mark. Oof, that’s a doozy!

This is a classic Pom-style selection – that little pan-pipe riff at one-minute in is just your kind of jam, eh grigadiers? Interestingly though, not a game I’d have ever picked out for its music. Probably because I had such high levels of stress just trying to pull off a grigging paraloop that my ears had probably shut down or something.

I mean woah, talk about going off in new directions you weren’t expecting. If you’ve never played Zelda II, like me, you hear this puppy strike up and you’re thinking, oh, OK, it’s an old version of the SNES music. But no way, Jose Carreras. It fires off in all kinds of places you didn’t see coming. Because what about that crazy-assedness when you’re 40 seconds in? This was some avant-garde 80s activity and no mistaking.

Just like that time when Celine Dion knocked the UK into 2nd place in Eurovision ’88, Sega Rally’s OST slipped out of the GRiG’s first list by just a single point. And much like Scott Fitzgerald’s loss, it wasn’t without controversy. Indeed, while Dion, like Part 1 of The Revitunion, is now beloved by Titanic-fans and perverts everywhere, the fact that the Canadian-born songstress represented neutrality’s very own Switzerland – a country that is not in Canada – shocked Euro-philes to their core. And there’s an unnerving similarity there to the horror of the the GRiG-reading masses who couldn’t believe that Sega Rally, as the undisputed holder of an All-Time Top 5 Video Games Placard (laminated), didn’t make the cut first time around. It was, indeed, a shock. Even to me. As I wrote it. For there’s a perfection to Sega Rally that is, as Louis Walsh might say – were he judging this musical run-down with the X Factor hyperbole that is his wont – exactly what this competition is looking for. Every curve is well placed, every leap is well timed – and the music is the seamless extension of that attention to excellence. Joe Satriani plays his part, of course (just as he did in the burgeoning career of Kirk Hammett, tutoring the young lad before he went on to join Metallica in 1983. (C) GRiG Facts 2016). But he’s not quite the main man. For let us use the fag-end of this lengthy piece to pay tribute to that other unsung hero of Rally’s epic tunes – Mr Naofumi Hataya. For Fumi-san was not only lead composer on the Saturn port soundtrack (kudos), but also on none other than Sonic CD and Nights. And Golden Axe 2. Well I never.

My favourite thing about this little number is the echoes of the music for Jim Davidson’s classic ’90s gameshow Big Break. It would fit seamlessly into, for instance, Virgo’s Trick Shot. That said, Mario has done a great deal to eliminate racism in the modern world, what with being simultaneously Japanese and Italian-American, while Davidson has shamefacedly [SNIP – GRiG lawyers] all through the 80s. So the similarities are fairly short lived. As they were, of course, between the original Super Mario and its vegetable-throwing cousin. Diversity, you see. It’s how things should be.

2 Responses to The Loooooong Contained…