Griggy Ramirez! Welcome one and all to another exciting adventure in the realm of Segadom, delving into the former gaming behemoths wonderful ways and bringing our findings to the baying masses of the Griggish Empire!

This time, we cast our eye upon an item of hardware that is pure Sega; original, cutting edge, and a marvel to behold. No, I’m not talking about the Dreamcast 9 that we recently disclosed existed in a recent article, but we are talking about a gizmo of similarly earth shattering prestige! 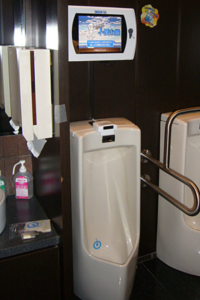 But it’s a Sega urinal, thus making it the BEST URINAL EVER MADE!

Declaring they are now on sale to the general public (actually… back in 2012. Grig at the cutting edge as always!), one can only imagine the exclusive club of lavatorial enthusiasts who were privy to this wonderment prior to its public release, and how they proved they were worthy. Retailing at a mere $1748 with games weighing in at $150, Sega have cornered the market where they identified a desperate need for taking a slash and playing video games at the same time while adding a retro vibe with excessive old-school Neo Geo-esque pricing. And by jove, have they sewn the lot up! 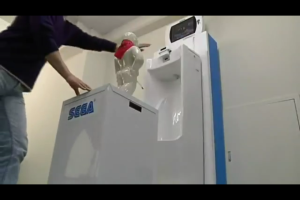 Some kind of porcelain cherubim demonstrating how to urinate. So that’s what i’ve been doing wrong all these years.

The system works by means of peeing onto a sensor, with games requiring you to vary several factors such as pee-time, volume, pressure, and accuracy.

The sure-to-swell games library currently consists of such gems as peeing into a coffee can, peeing to make milk go up someones nose, peeing graffiti off of a wall, and peeing to make wind blow a woman’s skirt up. It is expected by this time next year that there will be more games available than the PS1, PS2, and DS libraries combined. 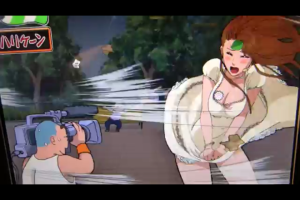 There’s a good chance that the last game I mentioned is the best game ever made, but in a bid not to dethrone Dead or Alive Volleyball from its lofty and deserved perch, we can only confirm that it’s the best game ever controllable with widdle. Talk about a Wee-mote! 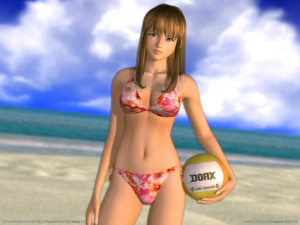 I mentioned Dead or Alive Volleyball. This is justified.

We’ve already gotten several dozen installed here at Grig Towers, in both the men’s room and the ladies room, where our female employees have uncovered new found degrees of athleticism in order to contort their bodies for optimum streak achievement in their pursuit of dethroning Kathy from Marketing, who currently holds Grig Towers ladies high score.

Course the big question is, what happens if you take a dump in it? Unlocking the basement to let The Grig try his hand at finding out, all will soon be revealed in the next exciting episode of Grig Orig… maybe.

This entry was posted in Dibbs Ahoy, General, Sega. Bookmark the permalink.

4 Responses to Sega have new hardware!