Sega and Titanic in shock collaboration!

‘Every night in my dreams, I see you, I feel you, that is how i know you go on’ so crooned Celine Dion back in the late 90’s inspired by the heartbreaking plug-pulling tomgriggery of her favourite console, the Sega Saturn. And go on it has Celine. And go on it has.

But check this out. 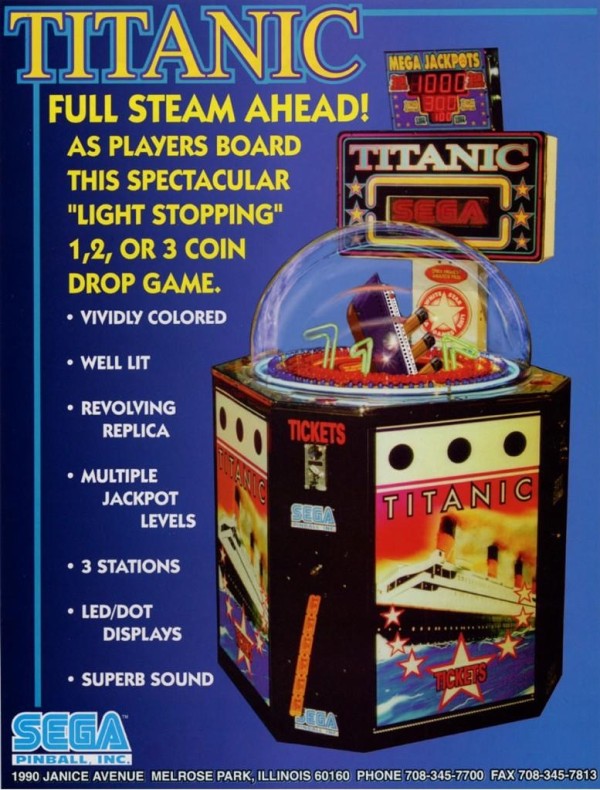 When one disaster meets another. Sega and Titanic.

If there’s a finer subject matter for a ticket dispensing, er… thing, then I don’t know what it could be. Depicted in it’s final plunge with stern aloft, the poorly realised Titanic model rotates in the machine while it spews out content from its innards. One can only hazard a guess that the relatives of the victims were possibly not consulted for this items creation or endorsement. 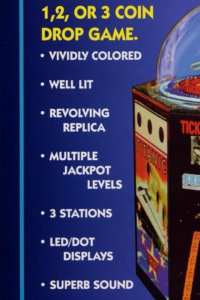 The specs of this machine are clearly to be revered…

With selling points such as ‘vividly coloured’ making the top of their list, the stretch for quality product pointers is obviously far and painful. Still, at least ‘Well lit’ means the machine gets one over on the street outside my house. And to think, this is from the company whose repertoire of arcade products once boasted hydraulic cabinets with futuristic chip architectures throwing around millions of hi res polygons at 60 fps… screw that! ‘Led/dot displays’ for the win! 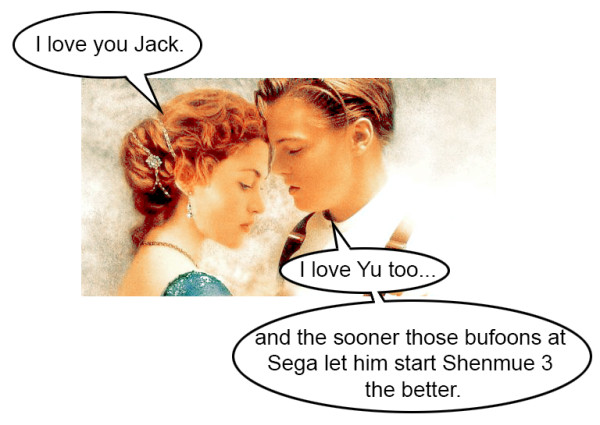 Quite what relevance the dispensing of tickets has to the Titanic I don’t know, other than having needed one to get on it. But it’ll take more than a lucky hand at Poker to be making off with produce from this beast, as with Titanic fever gripping the late 90’s/early 2000’s Sega made darn sure that was one money-making and similarly doomed ship that wasn’t gonna sail without them back in 2000!

For much like the allegedly unsinkable behemoth, ’twas not long after the maiden voyage of this contraption that what seemed a watertight step in the right direction for their home console aspirations, the Dreamcast, also foundered. Buh. Coincidence? I’ll let you decide. Course Sega probably would’ve happily taken a bit of iceberg damage instead of Sony’s VILE LIES… but obviously time has healed those wounds. Sob.

And yes. This dribbling post was indeed for no greater purpose than to ensure that we have something in the November Grig Orig archive, just in case.

Anyhoo, I’m off to start hash tagging ‘Grig-gate’ in a bid to garner interest for our blog. It’s a bit like Gamergate, except people actually know what it’s about – namely the Grig having been locked up in Grig Towers basement for the last three years. Sort of like a more creepy version of Elsa from Frozen, but with no happy ending, no singing, and definitely no hot sister. And somehow, probably sexism. No, definitely sexism. Laters.

2 Responses to Sega and Titanic in shock collaboration!