We love pixelly goodness here at the GRiG, but what about in the movies?

Well wreck it Ralph had some, but was mostly hi res 3d models, it was about the arcade world though, paying homage to the good old days, and the plot was surprisingly entertaining and emotional, usually something only Pixar or anything anime can accomplish.

But what pray tell of this Pixels movie with Adam Sandler, hard to tell what it would be like at this stage, though supposedly live action mixed with cgi, like the short film of the same name by Patrick JEAN on the youtubes, but if Chris Columbus is involved it could actually be pretty good, he directed the good Home Alones, earlier Potter movies, wrote Gremlins and is credited with the screen play of Goonies alongside the Spielberg, not ONLY this but he also directed Adventures of Babysitting which has one of my all time favourite cover art 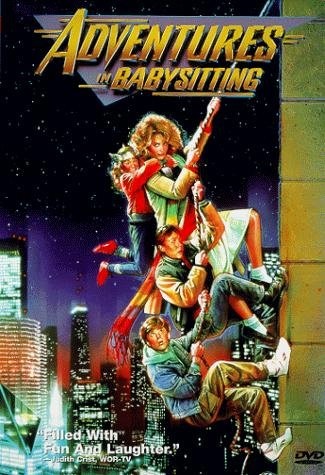 We’ll have to wait until May 2015 to see the pixel movie, but in the meantime lets check out the short film it’s based from.