O2 and Everything Everywhere in iPhone 5 MEGARUMBLE 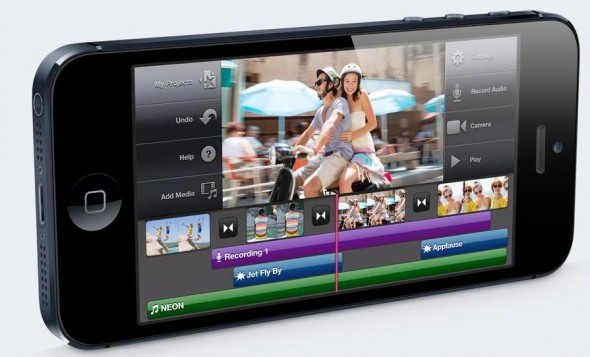 This is the great debate. The question that’s had Plato on the ropes, Aristotle scratching his bonce, and Stephen Fry up the QI creek without a freakin’ paddle.

When I finally land me an iPhone 5, do I ditch o2 and run off to Orange in a 4G glory-hunting daze?

Of course, the answer should be simple. You want 4G. o2 don’t have it and Orange do. Or rather, Orange/T-Mobile’s new lovechild, Everything Everywhere, will do. Soon. That’s because, two fortuitous *cough* events of the last month came together in a glorious phonegeek lovefest – the British regulator OfCom allowed Everything Everywhere to use its bit of the broadcast spectrum for 4G. And then, lo! Apple’s first-release iPhone 5 was also compatible with, wait for it, the exact same bit of the spectrum. Woop!

Well, woop indeed – unless you’re o2, or Vodafone, or 3, or, um Virgin Mobile or Tesco Mobile or, well, anyone else. They will have to wait for the official broadcast auction next year before they can launch any 4G-related treats. Ooh – anti-woop for you guys.

Anyway, as a result, if you’re one of the gajillion o2 legacy iPhone owners – one of us early adopters who flocked to o2 in droves when they had their very own stranglehold on the next-gen market – you’re now in a quandary. You’ve been with o2 for years. You’ve shown them loyalty, love, and hundreds and hundreds of your fine english pounds. And in return they’ve given you iPhones. Bucketloads of brand new iPhones with every single god damn release! Yay! We love those rip-off bastards for bringing us and our tech-toys together!

But now? Now they can only offer you a non-4G compatible iPhone. A lowly, 3G-using turd of a brick iPhone that even your darling mother would be embarrassed to own. Not for you the 25-times faster download speeds! No. You go over there in the saddo corner and spend 5 minutes humming to yourself while I’m already listening to the latest Rihanna on my EE-loaded superfast wonder-device.

But it’s not that simple. See, Everything Everywhere actually doesn’t really exist yet. Not in a touch-me-lick-me-take-a-contract-and-use-me-to-call-your-Mum way. And it won’t for a good few weeks – until EE write to all their Orange / T-Mobile customers asking if they want to switch. So in fact, no one knows how much they might have to pay to EE for this wonderful 4G. It could, for instance, be five million pounds a month. Possibly. Or require that you sacrifice a small animal every time you want to go on Wikipedia. Who knows? It genuinely – genuinely – might be so much that, when it comes to the crunch, you decide it’s actually not worth having. And what a waste of your upgrade that would be, eh?

And more… if you’ve been cunningly lured into an o2 cross-sale – say, for half-price broadband, like yours-truly – the equivalent cost of your spangly new EE-contract will be yet another tenner more expensive on top…

And! o2 are so worried they’ve already rolled out a deal to fight back. Admittedly, a seemingly intensely-lame deal – but go with it. Basically, if you trust them to come good on their 4G-promises (eventually), and take a new contract with them now (or before March 2013), they’ll help you get back out of it again when 4G comes around. With me? So take a new contract, and they’ll help you cancel it. Cunning, yeah? The actual deals means that you’ll still have to buy yourself out – by paying the remaining line rental on your contract – but they’ll reduce it by 10%, take off the VAT (another 20%) and then buy your phone. So? Well, when / if o2 get an iPhone that does allow 4G on o2, you should (maybe / possibly / potentially) be able to flog your old one, and get the new beauty without a huge bill.

But dear readers – here’s the crunch. That deal is simply not worth bothering with. Go with Orange – go! do it now! And here’s why…

Cost – yes, yes, so EE have you cornered as the only show in town so they might stiff you on price. And you don’t know. And you might feel like a mug. But – whatever EE charge won’t be far off from o2. They’ll both have had a pricing strategy decided ages ago – and guaranteed it’ll be as hair-breadth close between the companies as it is now. So if EE are expensive, so will o2 be. Just a year later. And if EE’s 4G is too much to bother with? Well, just wait. At least you’ve got a working iPhone 5 – use 3G, like you would have on o2, wait til there’s a price war next year, and jump to a new tariff then… And ps, do the maths on o2’s deal. Unless you wait a year, or get a ridiculous price for your second hand goods when you switch, you’ll still be left with a massive bill to cut loose.

o2 loyalty – yes, it’s hard to move. There’s inertia – that intense, cloying drag on your freedom to switch. You might be tied in to deals with o2, and you might think they love you for it. They don’t. Go now – phone them. Try to trade in your years of loyalty for a better tariff, a shorter contract, or a free set of Dr Dre’s. You will get NOTHING – if you want an iPhone, you’ll pay through the nose, slavish sycophant or not. And sure, you might, like me, have some side-deal on broadband or such – but remember, that will end a hell of a lot sooner than a 24-month phone contract. And! With EE you get at least a gig more data in most contracts for the same money… so it might even balance out…

4G – don’t forget the point. If you switch, you get 4G. In mere weeks! Not months, or in a year, but (almost) right now! just imagine if you get your iPhone 5 through o2 and ignore the siren call of EE’s super fast network – and months later, as the snows melt and the spring larks begin tweeting, you’re still pootling along on old tech. You fool! you’ll say. Or possibly growl. Gurning, kicking and chomping at your pathetic little screen as you trudge through your miserable, slow-lane existence…

So, do it o2-slaves – throw off your shackles and run, carefree into EE’s arms; into their warm, super fast embrace! Hug them, caress them, download superquick rumbleflicks and 4G-izz all over them… Because lo, they are your masters now.