Make Mine A Craft

I’ll be the first to admit it – I’m not the best at Minecraft. I got as far as building an oven once but then I couldn’t work out how to make muffin mix so dug a huge hole instead. Which isn’t so fun without Chandler and Monica knocking about around you. Had to wee on my own foot.

So my admiration is pretty easily won. You’ve built a house?! WOW! A really long tunnel you say?! CRIKEY!! A pile of bricks that looks a bit like a turd if you squint? WHO ARE YOU?! JESUS??!!

And this makes it almost impossible for my brain to comprehend the truly ambitious projects. I get bits, but not all. I can kind of imagine people dedicating the immense time to it. I’ve lost days to games many a time. I can grasp that gamers find ways to impose their creativity on the static world of games. Hell, when I tired of whupping ass on Mario Kart I would often stop to make murals of the green shells and banana skins. (Admittedly they start to disappear after you’ve laid about three so…)

But there’s a gulf between me and an understanding of the things you can make in Minecraft. How do you take such humble, simplistic blocks and make such intricate, living things out of them? And these ones…? These ones have simply done me in.

Still no muffin mix though. 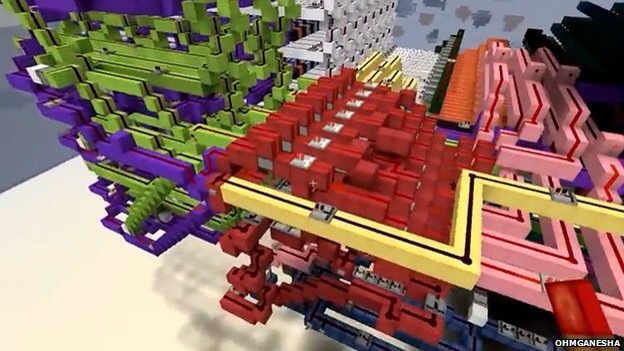 WHAT?! How would you even make that in real life without silicon and lasers and some clever Japanese people?! 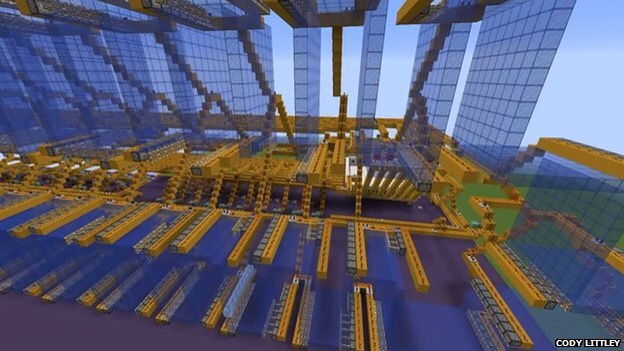 The whole world from Game of Thrones 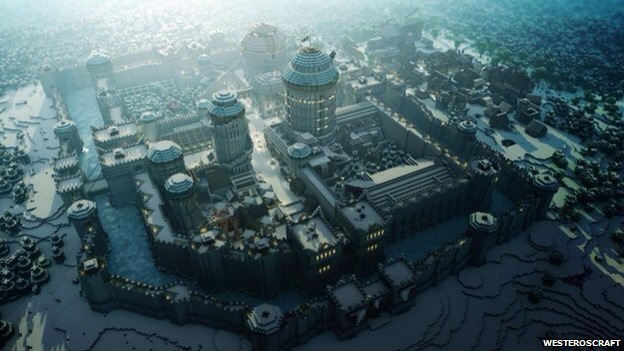 This is a bit more understandable. But only a bit. Because a little mocked up castle or something seem doable. You know, a couple of turrets and maybe Sean Bean’s face made out of wooden cubes. But this?! If this is an actual screenshot, they appear to have even got the lighting correct… Cripes. 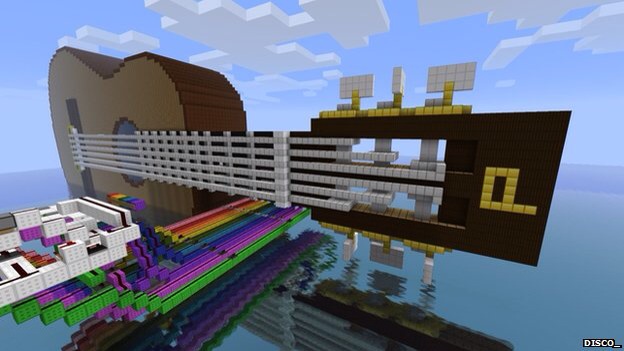 Hmmm. Playable, how? Because how do you make sound out of little blocks of mud?! Admittedly, a question I should have asked before I bought that Squier Strat from Bonners. Hey , maybe this guy could have cured my buzzy fret? This one only plays ten chords, but that’s still more than mine did. 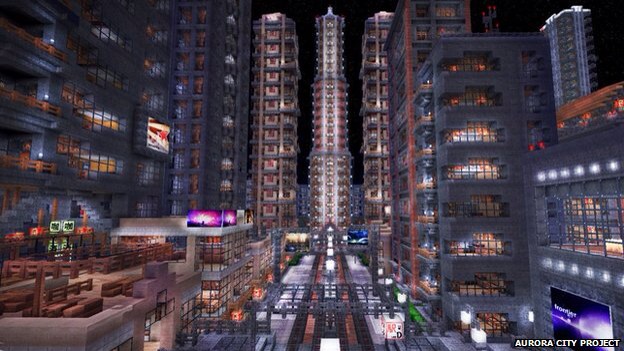 More typical fare from our Minecrafting buddies here – but typical only in the sense of I at least understand that cities can be made of blocks. I get things that are made of blocks. But the scale?! The SCALE?! There’s nothing typical about making an entire sprawling city piece by tiny piece…

And I didn’t even tell you about the people who’ve recreated the whole of Denmark.

Still. These jokers should try building an entire country out of green shells and banana skins that disappear every twenty seconds. That’d sort the men from the boys…

Ps you can read more here

2 Responses to Make Mine A Craft