Well, ’tis the season… for treason. Or whatever they say. But one things for sure, I’m gonna betray my natural instincts and write something for Grig’s December archive, if only to accompany Lartens post and make it seem like we have writing energy to burn here at Grig Towers! Here goes…

When I looked at 2014’s gaming landscape for a title I could sink a li’l bit of time into, I was greeted with a vast range of big budget blockbusters to choose from. There’s the latest Dragon Age, Far Cry, Halo, Call of Duty, FIFA, Assassins Creed and a wealth of other big hitters all knocking the masses bandy and soaring up the charts. And if that list doesn’t make you feel depressed then we’re going to be on very different pages, which is why I chose to get stuck into 2011’s 2D ‘Metroidvania’ styled (whatever that means) Shantae: Risky’s Revenge from Wayforward. 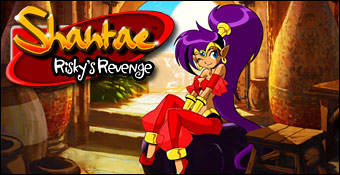 Now I’ve briefly dabbled with this series in the past, though not in the form of the super-rare Gameboy Colour original what with it’s £300+ price tagging tomgriggery. No siree! My Shantae experience before came from the iOS version of Risky’s Revenge that I have on my phone. A fine conversion, perfectly matching the 3DS game in every way… except controls. How you can play a game where you need to be able to fire off quick and precise button presses through a piddly-little glass screen is just beyond me. But I could see there was hwality within…

Cue one Saturday eve. Strictly was on. And I knew that was going to be followed by X Factor. And then probably something else. I needed gaming relief while still being present in the living room with the family, if only in body. I picked up a laptop and perused Steam. Screw it, I thought. I’ve been wanting to play Shantae with the luxury of a game pad for far too long. Let’s! Grigging! Do this! 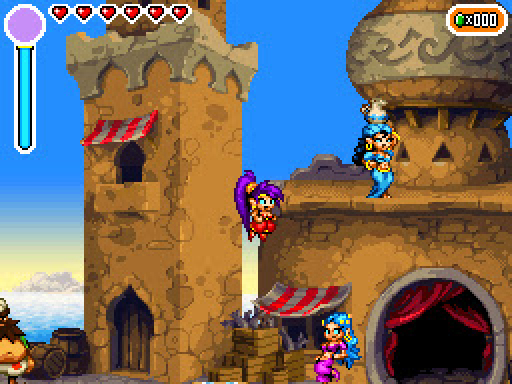 After lightening my account of six of the finest swines, mere days before the games 33% off Steam sale, I downloaded the game and was greeted with a visual feast that tingled my gaming tastebuds in all the right ways. 16-bit styled graphics that would be at home with top end SNES games accompanied by slick, responsive and satisfying gameplay, and chip tunes of so high an order I actually put off progression on several occasions just to stand and listen to the awesome tracks. Screw the multimillion dollar blockbusters being plooped out of the big game companies ready to fleece gamers this Christmas! Freakin’ Shantae my Grigadiers!

The game, surprisingly, revolves around Shantae; a half human, half genie belly dancer, and her escapades in saving the world from her nemesis from the first game, a pirate girl named Risky Boots. Risky Boots and Shantae are both in pursuit of the magic seals scattered throughout their land which unlocks great power, but both with very different agendas for their use. Yeah, the story is far from revolutionary. However, it’s all delivered in a genuinely humorous manner that made me chuckle on several occasions, usually due to the colourful nature and personalities of the characters that you meet along your way. 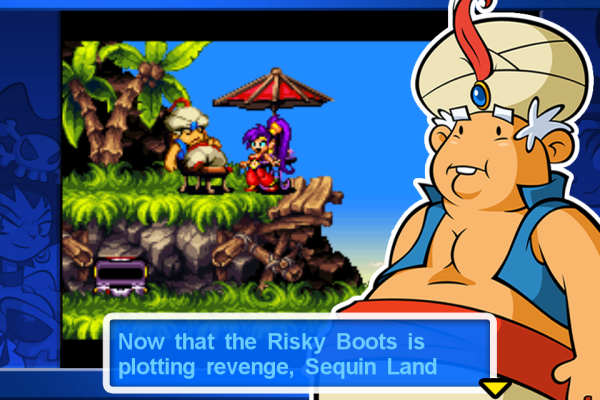 Gameplay wise, you’ll experience a decent curve as you get to grips with the hair-whipping heroine and the mechanics of her world. Taking out enemies with a deadly flick of your hair is a novel but awesome way to dispatch a foe, harking back slightly to the whipping shenanigans of Castlevania, and platforming is satisfying and varied. I also like the way the game utilises multiple level planes as you leapt back and forth on to numerous platform segments running in parallax behind and in front of you, meaning that levels can be as deep as the are long and tall. Sort of like Bug! on the Saturn… for a not very close comparison, except not crap. A fine idea and well realised in the game.

Shantae collects abilities to transform into various animals as she ventures further into the game, all with different capabilities at their disposal which she can utilise at will. Switching to the monkey character for example, allows Shantae to climb verticle walls and squeeze into smaller gaps due to the simian being half Shantaes size, whereas the Elephant can smash through rocky blockades, and a Mermaid, who isn’t an animal, but can scour watery depths with the grace of a scuba-clad… Platypus. This adds a great extra dynamic to proceedings, as with each one, the levels you face are opened up in new ways with the abilities you acquire. There is great satisfaction when the penny drops and you realise how these skills will help you get through the next part of these sprawling lands and well designed labyrinths. Then there’s the Battle Tower, which admittedly came close to giving me a mental breakdown… but in a good way. For indeed, a nod must surely go to the difficulty curve, which is so well balanced Ed Leed Skalnin’s revolving one ton door could learn a thing or two from it, such is it’s finery. That’s probably the weirdest and most obscure reference I’ve ever made. Ho hum! 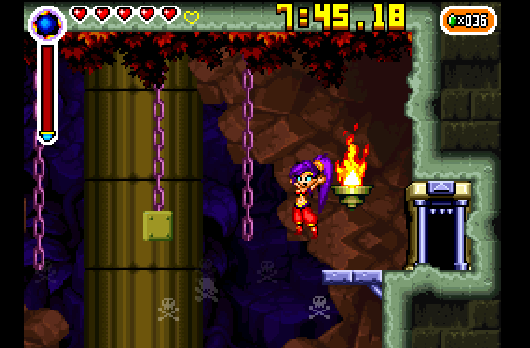 Sound, as earlier mentioned, is of the highest order here. Sitting somewhere between the Megadrives chirpy chip tunes and SNES distinctive virtual instruments, the dude who programmed the music is of near Koshiro like talent. The scenes and levels are all complimented to a tee with the tunage on offer, expanding the enjoyment of the game greatly. And as I mentioned, ’twas on more than one occasion that I stopped progress to merely sit back and enjoy the melodies. I’d advise a pair of head phones to reap full reward… and obviously drown out the X Factor related warblings that would have otherwise been affronting my senses. 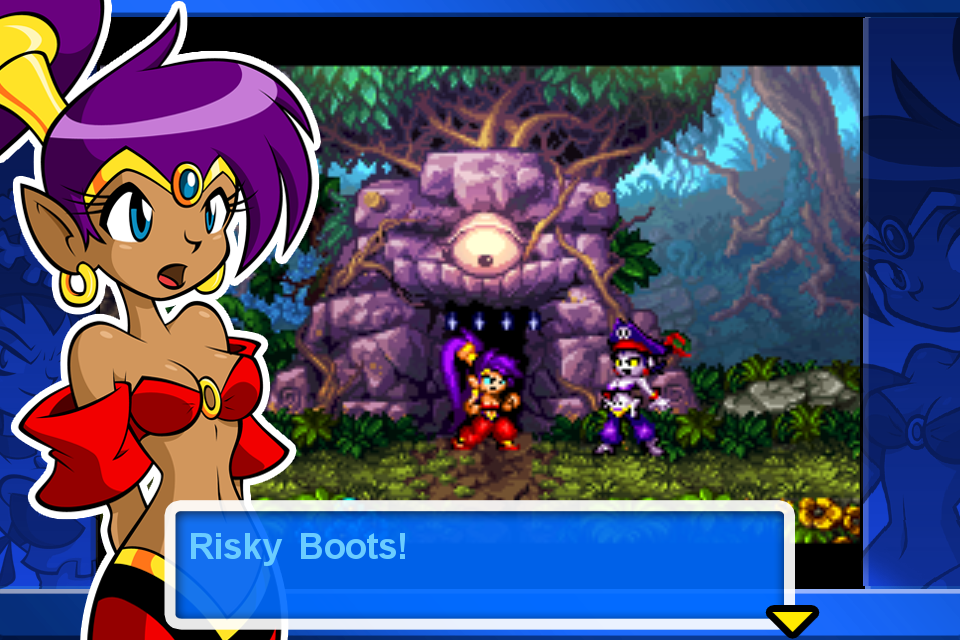 All in all, Shantae Risky’s Revenge is a darn fine product, both retro and revolutionary in its platforming hijinks. Those fine folk at Wayforward have certainly got their eye in with the quality of platformer that they’ve been producing over the last few years and I look forward to the upcoming Shantae and the Pirates Curse, and Half Genie Hero, with great anticipation. A Grig thumbs up!

Overall: Grigging good%
I like it so much, I’ll take three!

Anyhoo, I’m off to watch the Street Fighter V trailer again to pore over every conceivable detail. Incredibly, I’ve actually watched that trailer even more times than the new Star Wars one. And I’ve watched that AT LEAST… ooh… three times.